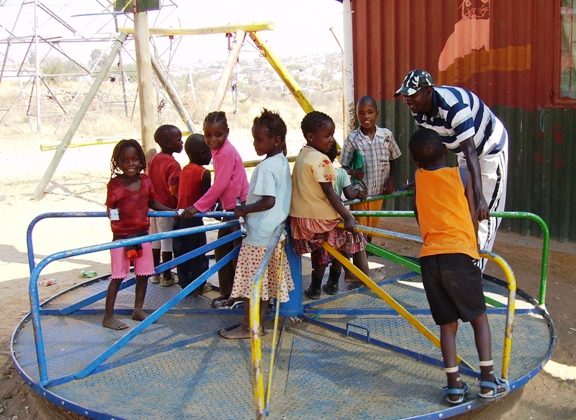 This project is born from the collaboration between Scintille and Rimini Rotary Club, especially thanks to the invaluable involvement of one of its leaders: Paolo Salvetti.

Since the beginning of the current year Scintille has screened several project in Namibia that could be supported by Rimini Rotary Club, until the Energy Kindergarten Project proposed by the Windhoek based NGO DRFN was selected. It’s a clever and simple project: to realize and install a merry-go-round that appropriately modified will produce electricity when kids go on playing! This, integrated with some solar panels and a battery with inverter gives energy to the kindergarten itself.

The first installation took place at Oprah Home Kindergarten of Katutura (Windhoek) at mid 2008 and has been only an important start, because the aim of the project is to develop the prototype and to build other ones to deliver to other kindergartens and schools in areas where electricity cannot be found. First results are encouraging and thanks to the funds and support given by Rimini Rotary Club and Scintille the subsequents steps are currently being developed. 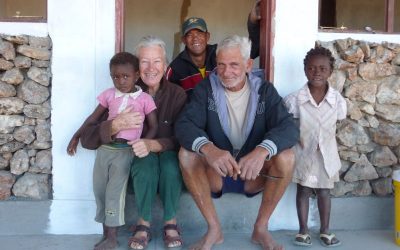